Why Austin Powers Can Make You a Ton of Money 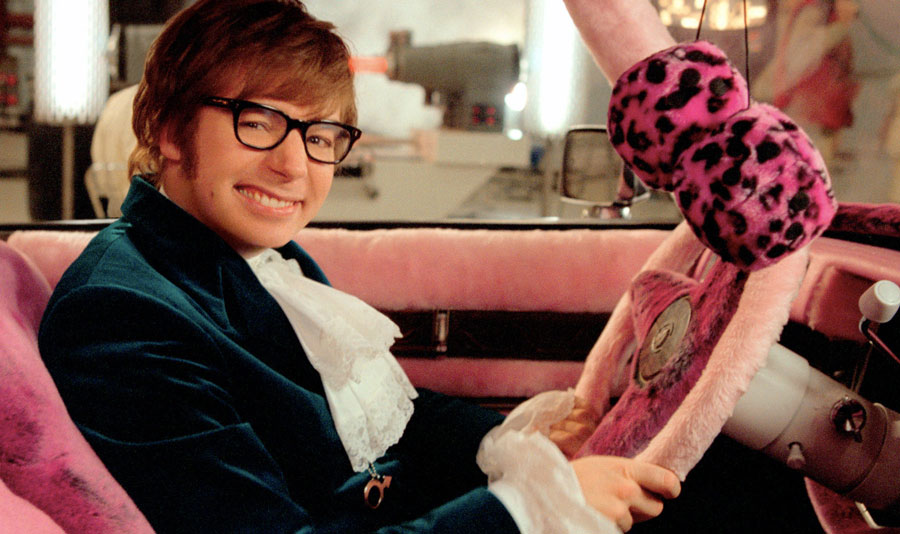 You might or might not be into him but ‘Yeah! Baby’! We all need a little Austin Powers here and there.

It can make you a lot of money in your business.

Let me explain why.

About 5 years ago I traveled all the way from Copenhagen, Denmark to New York City to be with the girl who is my wife today.

Coming from Denmark we have a humor that most would call “OUT THERE.” We refer to it as “black humor” as it is so far out that no color can describe it… The kind that is so dry that most people would just look at you thinking ‘what is this guy on?’

Do you ever say something you think is hysterically funny… so funny that it gives you tears in your eyes just thinking about it?

You tell the story, joke or whatever it is and one of three things may happen…

See, coming to the States, I found out later on that my humor was a bit (or a lot) different than most if the people I meet on my journey.

So instead of continuing to tell jokes nobody really gets anyway, I did something else that proved to be even more powerful, which believe it or NOT is one of the secrets to Austin Powers’ success.

You’ll know what I’m talking about if you have seen the movies.

If not (get out of the dark age and watch a good comedy)—and don’t worry, you’ll catch on and see how this can be used in your online business to advance you to a new level with your audience. You’ll see.

Okay so what I ended up doing was focusing on a story that would be so far out, but at the same time leave them with the thought that what I was saying was the truth.

The idea behind this was to see how far I could bring each story without leaving an expression that would reveal what I was saying wasn’t the pure honest truth.

Being a foreigner, I did have an unfair advantage as far as what I was telling could, in reality, be true coming from ‘over there.’

The fun was in seeing what people would end up believing.

How far could you bring a story while being completely trustworthy when telling it?

I can tell you… VERY far.

Normally I catch on quickly to things like this but in my mind I was telling myself that what I was about to say in fact was real… for then and only then everything I said would sound real and those that listened would be left in awe, doubt and confusion… for the story would be so far out that, deep inside, they know it wouldn’t be true yet the feelings and images that came from my story was saying it was true.

If you have seen Austin Powers, you’ll notice he pulled off the same tricks and left people in the same awe, doubt and confusion from what he would say. Even what he would wear was so “far out there” yet he still spoke the truth… or did he?

So, for you and your business, how does all this connect?

Well think about it: what can you learn from people when telling your story?

Does the story intrigue them enough to listen all the way to the end?

Will it leave them in awe so they might retell it later?

If that’s the case, you can start implementing the same strategy into your business.

I don’t want to deceive any prospects or clients with our stories—that’s not the point. The point is that you DO want to tell stories that are trustworthy, convincing, and show those you speak to something they normally wouldn’t think of.

You want to leave your customers in awe and in suspicion that if they don’t jump on your offer, they’ll lose out big time.

Being out there is a good thing. Leave people in awe—mystify them. It’s how you will stand out. Of course you’ll have to be sure the confusing part of your story makes sense for them and it reveals the positive side of your business.

Now go out and find the Austin Powers in you.

To your success,
Frederik

Frederik Drejfald is the co-founder of Affiliate Expert Academy and NAMoffers – The Premier Affiliate Network. Over the last 13 years, Frederik has invested all his time learning the ins and outs of the online space. All while serving thousands of individuals across the globe, helping each achieve their wildest dreams through mastering the skills of the Internet. Frederik is a Danish entrepreneur, business coach, mentor and avid thrill-seeker who believe in turning dreams into reality. Connect with him on Facebook or Google+ .

Please remember to read and agree to our Terms of Service